A familiar song has a chorus that says,"every picture tells a story don't it". How true! There is usually a "back story" that comes to mind to every photographer when he or she views their photographs. In this blog I will include some small snippet of information pertaining to the photo that I hope some may find interesting. 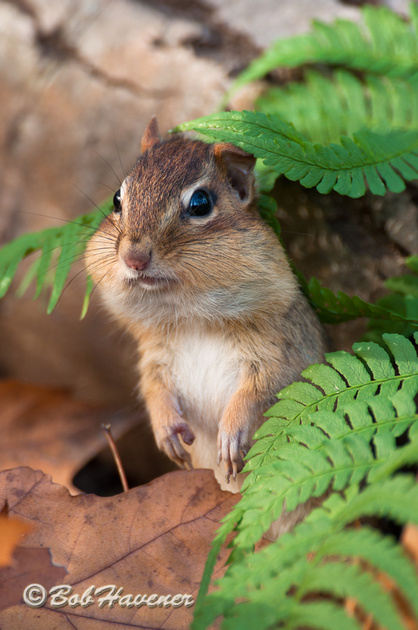 Chipmunk and fernsFor your best viewing experience, click on a selected photo for a "blacked out" view.

One of the most interesting aspects of nature photography is learning the habits of the animal you are photographing. When you figure out their habits you then have the necessary knowledge to "get the shot". When a chipmunk forages in the leaf litter on the forest floor it does so with two things on it's mind. Filling it's cheek pouches with seeds and watching for predators while doing so. When watching one forage I am reminded of the whack-a-mole game. The chipmunk will disappear for 10-15 seconds and then "pop up" to see if there is any danger around. After 2-4 seconds it resumes foraging for another 10-15 seconds until it pops up again. This is repeated until it fills it's cheeks or runs out of seeds in that area. The time to get the shot is of course when the chipmunk pops up! 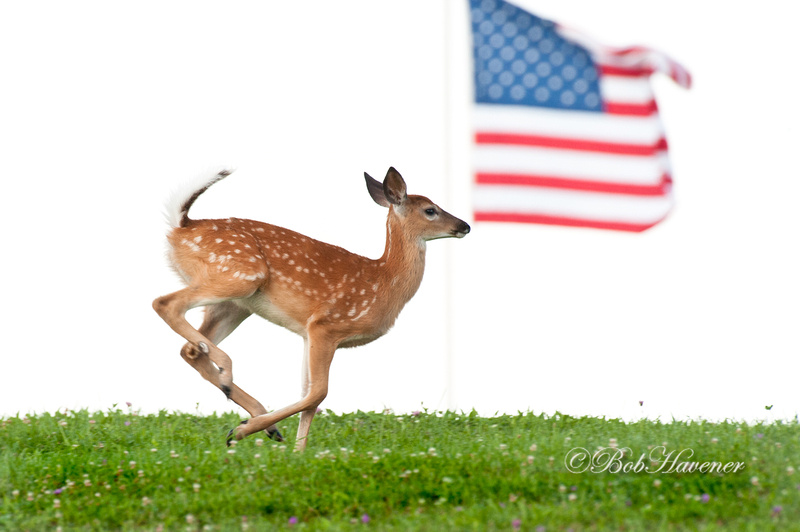 "American" Whitetail fawnLook in "The Story Behind the Photo" gallery for details about this photo.
For your best viewing experience, click on a selected photo for a "blacked out" view.

As I rounded the curve on a quiet country road, I could see three whitetail fawns playing on top of a small hill next to the road. After placing my camera on top of the beanbag on the door of my jeep, I shut the engine off and coasted to a stop. The fawns looked at me for a few seconds and one of them decided to run along the hilltop from the left side of my view to the right side. As I singled out the lone fawn with the 500mm lens I fired off a burst of shots as it covered the 100 foot distance. On reviewing the shots a couple of minutes later I realized I had captured the large flag that was hoisted on a pole in front of a garage that was approximately 100 yards behind the hill.  The compression factor from using a long telephoto lens gave the illusion of the flag being closer to the fawn than it actually was. Regardless, I was lucky to have gotten the shot!!

The Eyes Have It!!

When photographing wildlife it is considered a must to get the creature's eyes in focus, unless of course you are photographing a flock of birds where that would be impractical or almost impossible. When using a telephoto lens the "depth of field", or area in the photo that is in relative focus diminishes as the focal length of the lens increases. A 500mm lens, as was used for this photo, can have a relative depth of field that amounts to only a couple of inches! When "shooting" more than one subject you want their eyes to be in the same focal plane so they will all be in focus in the photo. The scene in this photo started out as two fox kits watching me watch them. After taking a few shots I saw the third kit emerge from the den entrance directly behind them. As it squeezed in between it's siblings, I shot a burst of photos as it jockeyed for position. Out of about 12 photos taken, four photos had all six eyes in focus. The "eyes have it"! 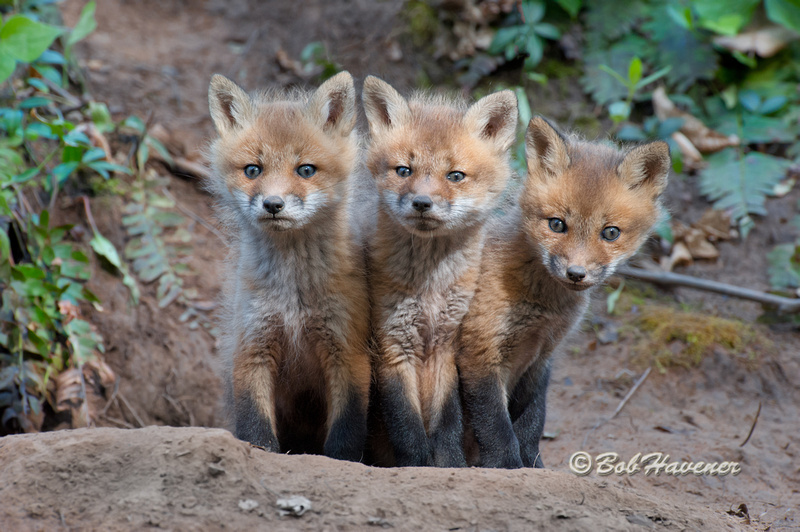 Red Fox kitsFor your best viewing experience, click on a selected photo for a "blacked out" view.